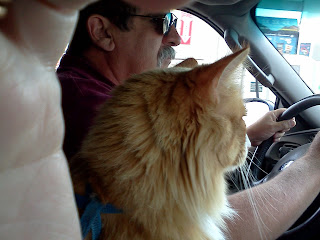 We're travelling somewhere. There are no planes packed in the truck so we must be going somewhere new.  How exciting! I hope it is better than our last camping trip. We did end up at McLeod River Recreation area.


The sites were very nice - lots of room for hunting mice. Although after 3 voles and a bird (75% survival rate due to Mum and Dad's catch and release policy) I got put on a shorter leash. They said I had to give the wildlife a fighting chance. Although I think a cat that has no front claws and is always on a leash does have a disadvantage. 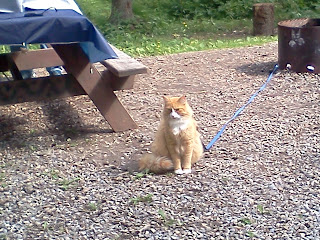 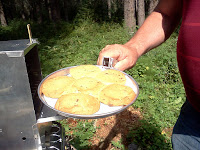 There was one very bold squirrel. He got right up on the picnic table while Mum and Dad were baking cookies. That is not something I am allowed to do - not fair. The squirrel and I came face to face several times but neither of us suffered any injuries.


We took several walks down to the river.  There were good scratching posts and balance beams. Even camouflage. 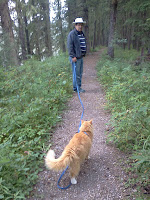 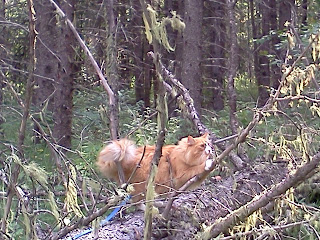 One time there was strange movements across the river. I thought it might be a bear so I made sure we high-tailed it out of there. 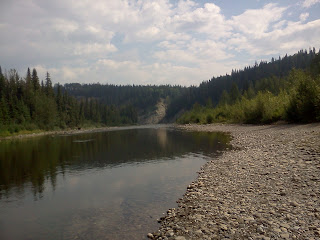 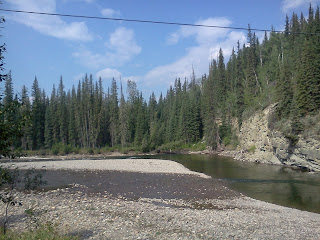 After all that walking (Mum and Dad don't seem to be too keen on carrying me as much) it was time to hang out to keep an eye on the wildlife. Or maybe take a nap. 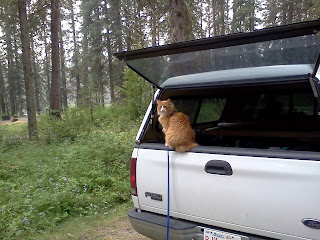 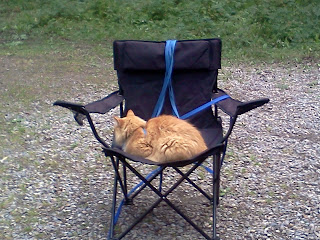 It rained the last afternoon we were there so we all hung out in the trailer. Mum and Dad played cards and chit-chatted. All in all it was a good time so I think we may go back there.

It was good to get home where I could keep an eye on my own yard. 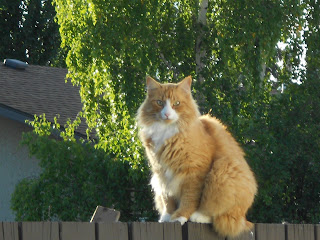